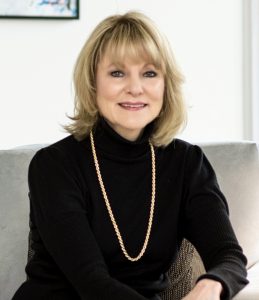 Cleveland Pops Orchestra President and CEO Shirley Morgenstern is a business entrepreneur with an artistic background as a professional tap and jazz dancer, teacher, choreographer, master class instructor, speaker, promotions consultant for several organizations and owner of Morgenstern Dance Studio.  She has served as owner of a model agency, Morgan Models, co-owner of W.E.L.L., Inc. a company that developed wellness programs for company employees, chorographer and director of Cleveland Cavaliers dance team, and coach and adjudicator for several beauty pageants, including the Miss and Mrs. America and Miss World contests.  A lifetime board member of the Beachwood Chamber of Commerce, Shirley was co-chairperson of their business show for several years.

In 1996, Shirley and her husband Carl Topilow founded the Cleveland Pops Orchestra, now entering its 24th season.  The orchestra has been bringing the best in symphonic pops music to enthusiastic audiences in Severance Hall, Playhouse Square and to many communities in Northeast Ohio.  Under Shirley’s leadership as President and CEO, the Pops has expanded its subscription season to six concerts and continues its popular Holiday and New Year’s Eve performances.

In addition to her work with the Pops, Shirley is passionate about her role as a board member of the Collaborative, a Cleveland organization which has made tremendous inroads against human trafficking.  She enjoys reading, traveling, family time with her daughter Emily, stepdaughter Jenny, son-in-law Dave, her grandchildren, Edie and Arlo, and her rescue German shepherd, Rico.   An enthusiastic advocate for animals, the Pops annual holiday concert features exhibits from several Cleveland animal shelters, often leading to adoption of pets by audience members.