The Cleveland Pops Orchestra Chorus debuted at Severance Hall on Friday, November 2, 2012, in a concert of music by legendary song-writing teams in a performance titled “The Song Writing Giants of Broadway.” Donald Rosenberg, Cleveland Plain Dealer critic, in attendance at the debut concert, wrote, “The chorus will appear regularly with the orchestra, and for this Pops audiences can be truly grateful.”

The chorus meets every Monday evening at Cleveland State University. Originally created to partner with Carl Topilow and the Cleveland Pops Orchestra, the chorus has performed not only the greatest of Broadway, but significant choral and orchestral literature as well. In addition to performing with the Pops Orchestra regularly, the chorus has also performed with the Cleveland Winds, the Cleveland Philharmonic, the West Shore Chorale, and with Andrea Bocelli and the Pops Orchestra at Rocket Mortgage Field House. This is a diverse group of individuals from all over the Cleveland area with one commonality; they all love to sing and share the joy of singing with others. Our membership includes a youth minister, lawyer, businessmen and women, teachers and professors, and many fine music professionals and Cleveland area stage performers.

If you are interested in the chorus, auditions for next year will be held in August at CSU. Please see below for the application. 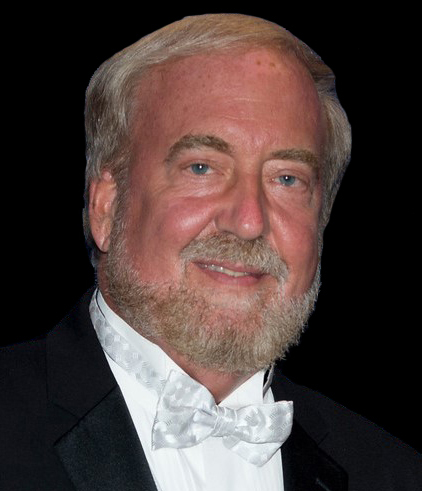 William G. Zurkey is beginning his eighth season as the director of the Cleveland Pops Orchestra Chorus.   In addition to his work with the Pops Chorus, he is an Adjunct Professor at Cleveland State University in the Music Education Department where he teaches Musicianship courses, Choral Methods, Choral Conducting, and supervises student teachers.

Mr. Zurkey retired from public school teaching after a very successful career.  The Avon Lake High School Chorale, under his direction, performed at nine OMEA state conventions and district and regional conventions of MKMEA, and ACDA.  Mr. Zurkey has also been the Director of the Senior Honors Chorale on the Baldwin-Wallace College Conservatory of Music Outreach Program and as an adjunct Faculty of Music Education at the Oberlin College Conservatory of Music where he directed the Women’s Chorale.

Mr. Zurkey is past-president of the Ohio Choral Directors Association. In July 2018, he was inducted into the National High School Hall of Fame. Mr. Zurkey was named BGSU 2013 College of Musical Arts Distinguished Graduate and the 2013 Regional Mr. Holland’s Opus Award. He was honored in the 113th United States Congressional Record, House of Representatives, Vol. 159, No. 85 in a speech by Representative, Marcy Kaptur and with a Certificate of Commendation from the United States Senate, Sherrod Brown. Mr. Zurkey has also served with the Ohio Department of Education as a mentor and the curriculum writing team for fine arts academic standards. Mr. Zurkey has also coached football for thirty years, 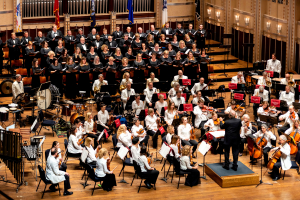 The Cleveland Pops Chorus with Director William Zurkey will be holding auditions for new members for the upcoming 2022-2023 concert season.

The Cleveland Pops Chorus is a membership organization that performs with Carl Topilow and the Cleveland Pops Orchestra at numerous concerts and events throughout the orchestra’s concert season. Most performances will take place at Severance Hall and Playhouse Square Center. The chorus rehearses on most Monday evenings from September through May.

Singers (ages 18 and up) wishing to audition must have previous choral experience and demonstrate good tone quality and sight-reading skills. Applicants will be asked to prepare a solo that best demonstrates their vocal abilities.

Sheet music should be brought to the audition, no accompanist will be provided.

Auditions are by appointment only. To schedule an appointment, please email: auditions@clevelandpops.com

To apply, you must fill out this form below or download an audition form and attach it to your email.