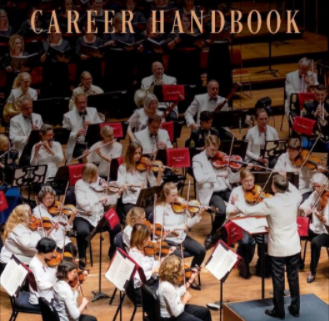 Founding conductor of the Cleveland Pops Orchestra, Carl Topilow, releases The Orchestral Conductor’s Career Handbook, for the emerging and established conductor. Renowned worldwide for his versatility, whether holding a conductor’s baton or his trademark red clarinet, Topilow’s new book has something for everyone; conductors, musicians and even business leaders. The book transcends the world of conducting and demonstrates the necessary characteristics for success and a long-lasting career in any field.

From his first job as an elementary school instrumental music teacher to success as an orchestral conductor, Topilow’s career has included music director positions with multiple orchestras, guest conductor with 125 different orchestras around the world and 37 years as an instructor at the Cleveland Institute of Music teaching students who are now conductors in prominent positions. Topilow, currently entering his 25th season with the Cleveland Pops Orchestra, his 42nd year with the National Repertory Orchestra and 12th year with Firelands Symphony, has demonstrated that his tenets for winning and holding a job as set forth in his book are tried and true.

Here is an important addition to the already large catalog of books devoted to conducting. With examples from his own life as well as general observations, this is a must-read for conductors in waiting.

Topilow’s book can be ordered via Rowman & Littlefield’s website.

For interviews, appearances, seminars and master classes, contact Shirley at shirleymorgenstern@clevelandpops.com or 216-965-1619.

The Cleveland Pops Orchestra is back! Announcing our 2021-2022 Season