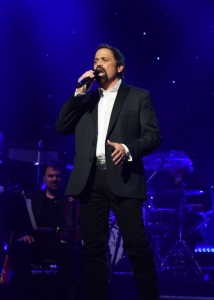 John has been described as, “astonishing, a superb tenor of deep musicality.” He made his Lincoln Center debut in New York City in Teatro Grattacielo’s mounting of Mascagni’s Gulglielmo Ratcliff. Mr. Hagen created 3 tenor roles in the world premier of The Lost Dauphane for Pamiro Opera airing on PBS. He has performed a vast array of operatic roles ranging from Alfredo in La Traviata, to the title role of Otello for Cleveland Opera on tour. Mr. Hagen is highly regarded for his performances of the Verdi Requiem and Beethoven’s Symphony No. 9, having performed these works with more than a dozen symphonies across the United States. He has received many awards throughout his career including finalist in the New Jersey Opera Association of Verismo Opera competition held at Carnegie Hall, Metropolitan Opera Auditions Regional Finalist, and winner of numerous other competitions. John has taught voice and vocal pedagogy at Wartburg College and at his alma mater, the University of Northern I 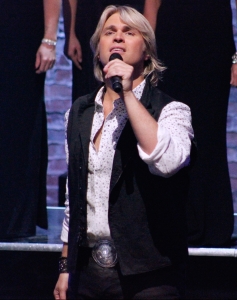 Marcus was born in a small town and began performing at the age of 4. He first learned how to sing by emulating his favorite artists like Garth Brooks, George Michael and Freddie Mercury before training classically in college. Marcus has performed throughout the world on cruise ships and numerous stage productions including a performance in Times Square with the Broadway cast of Hairspray, Off-Broadway’s Altar Boyz as Matthew, and Permission: A Rock Musical. He also starred in multiple productions of The Sound of Music in the roles of Kurt, Rolf and Uncle Max. Beyond music he has worked extensively as an actor with appearances in more than 100 episodes of network television and 25 films including P.S. I Love You, Semi-Pro, Delirious, 30 Rock, Sex and the City, recurring roles on One Life To Live and As The World Turns, and a Guest VJ on MTV’s TRL. One of his favorite roles was appearing as Edward Carnby in the video game Alone in the Dark for Eden Games in 2008. 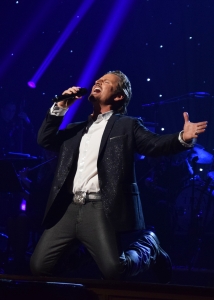 JC has entertained audiences around the world for the past 15 years. In high school, he had a passion for sports and also enjoyed singing in church. He discovered a deeper love for singing at Wichita State University where he earned his Bachelor’s Degree in Music. JC performed various roles including Rodolfo in La Boheme, Tamino in The Magic Flute, Ernesto in Don Pasquale, Henrick in A Little Night Music and even Miss America’s duet partner at the 1997 Miss Kansas Pageant.        After college, JC traveled to Lucca, Italy where he sang in the Puccini festival under the direction of acclaimed Italian maestro Lorenzo Malfatti. He then created a home base in Katy, TX before sailing the high seas aboard more than 75 cruise ships worldwide as a guest entertainer. This allowed JC to create a show featuring many different genres of music and world class arrangements, which eventually led to his idea of forming The Texas Tenors. After many years of traveling and concerts, his most memorable performance is still one from college where he found his future wife. Jennifer Vannatta, Miss Kansas 1998, married JC in 2004 and they have three children.

Learn More about The Texas Tenors and Their Journey