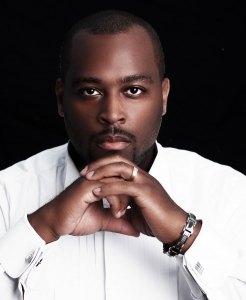 American baritone Michael Preacely is a rising star on the operatic stage and is also known for a versatile singing ability and style that allow him to cross between genres from classical repertoire to pop, contemporary, and Broadway. He has received critical acclaim for many of his performances, including Phantom in Phantom of the Opera, Scarpia in Tosca, Ford in Falstaff, Marcello in La Boheme and Rigoletto in Rigoletto to name a few. Mr. Preacely has performed with many major and regional opera houses and orchestras in the United States and abroad. Mr. Preacely completed a European tour of Porgy and Bess where he received great reviews for his performance of both Porgy and Jake. He also toured Russia in a concert series with New York based Opera Noire, debuted with Opera Memphis in the role of Marullo with a Rigoletto Cover, and Opéra de Montréal in the role of Jake.