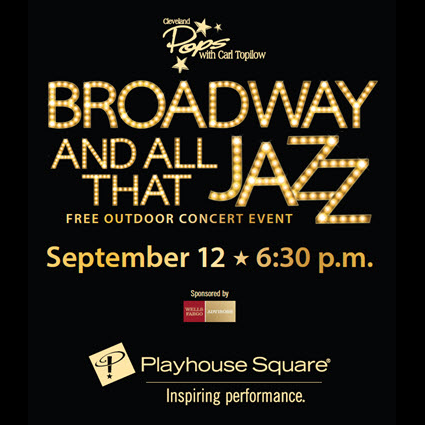 Celebrate the kickoff of a new season of entertainment at Playhouse Square with a free outdoor concert under the G.E. Chandelier on Saturday, September 12th at 6:30pm. The concert will feature Carl Topilow and the Cleveland POPS as they preview the upcoming KeyBank Broadway Series and the Orchestra’s 20th Anniversary Season.

Learn more, and mark your calendar!