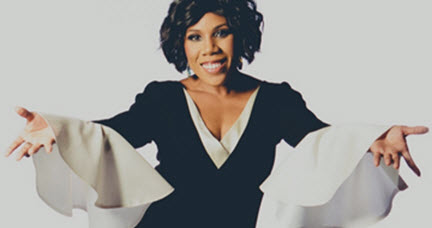 The Cleveland POPS Orchestra with Carl Topilow will welcome 2017 with their 21st annual celebration at Severance Hall. The two-hour concert starts at 9:00 p.m. and consists of an exciting and wildly popular evening of Broadway favorites performed by singing sensation and American Idol winner Melinda Doolittle. Ms. Doolittle is being hailed as one of the most exciting and talented young vocal artists in America.

The two-hour performance consists of a sparkling selection of Melinda’s favorite Broadway songs, contemporary pops and jazz hits, along with a tribute to some of the Great American Soul singers like Aretha Franklin, Gladys Knight, Tina Turner, Gloria Gaynor, and Marvin Gaye, to name a few.

The concert is followed by dancing to two different bands in two locations in Severance Hall. Carl Topilow and an ensemble of Cleveland POPS Orchestra members will provide the dance music in the Grand Foyer while rock & roll music will be provided by the No-Name Band (Lawyers Playing Music for Dancing from the 60’s and 70’s, and beyond!) in the Smith Lobby. Further amenities include cash bars, a midnight balloon drop, and desserts and coffee. The festivities continue until 1:00 A.M.